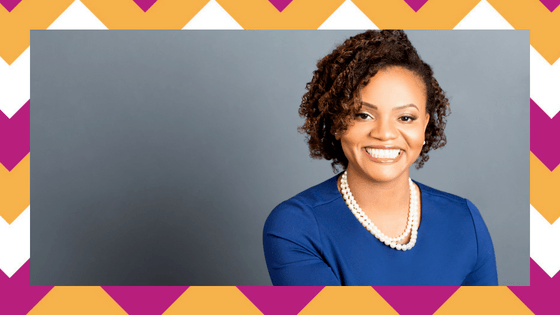 You know what you can count on every January, rain or shine?

And thousands upon thousands of tips, tricks, and video clips about the best ways to make a new year’s resolutions stick.

I’m not immune to the energy of goal-setting around this time of year.

I’ve consumed more than my fair share of articles and books on the topic. I sometimes write about it (including my last two posts here and here). And a large part of my training as a coach focused on goal setting and achievement.

But here’s the thing…

This steady stream of goal achievement information, while stimulating, is often overwhelming and conflicting.

Should I set goals or focus on habits?

Should I journal every night or seek creative genius through a Miracle Morning?

And what about those damn power poses?

While the methods for achieving goals can be as different as snowflakes, I’ve come to understand that certain fundamental principles apply no matter what strategy you use. And as long as you keep these principles in mind, the way you apply them is almost irrelevant.

With this truth in mind, here are the 7 key principles of goal setting and achievement that you need to know.

# 1 Write Down Your Goals

A Harvard Business Study found that 3% of MBA graduates who wrote down their goals ended up earning ten times as much as the other 97% combined, just ten years after graduation.

And in another study, Dr. Gail Matthews found that people who write down their goals are 42% more likely to achieve them.

There is enormous power in writing down your goals.

When you write them down and review them regularly, you declare your intention and set a conscious and unconscious plan in motion to achieve them, whether you take immediate action or not.

#2 Goal Should Be Smarter

This concept comes from Michael Hyatt and is a rift off of the often-cited S.M.A.R.T. goals framework.

Whether you are trying to achieve something specific or instill an on-going habit, you’ll have a better chance if the goal is:

Specific enough to focus and direct your energies;

Measurable so you can keep track of your progress;

Risky enough to be outside of your comfort zone but not delusional;

Time-keyed so you know exactly when take action;

Exciting enough to inspire you to keep going when things get tough; and

Relevant within the overall context of your life.

# 3 Don’t Try To Achieve Too Many At Once

Studies conflict as to the number of goals you should go after in one year, but they all seem to agree that it should be no more than 10. I like the 5-7 range personally.

#4 You Will Fail But Keep Going

There is an inherent vulnerability in setting S.M.A.R.T.E.R. goals outside your comfort zone. And as we learned from the Brene Brown,

If we are brave enough often enough, we will fall; this is the physics of vulnerability.

Resistance will always exist alongside any goal we plan to achieve. So we must develop a “keep going until” attitude.

Keep going until means that you commit to pursuing your goal until you reach it. There are no contingency plans, and it’s not over until you accomplish what you set out to do. Once you commit to a goal, the only attitude that leads to success is the one that says, I will keep pursuing my goal until I reach it. – Toya Gavin

#5 Resistance Is A Beast. Plan Accordingly

In the foreword to the book War of Art, Robert McKee defines resistance like this:

[its] that destructive force inside human nature that rises whenever we consider a tough, long term course of action that might do for us or others something that’s actually good.

And just as sure as you will have new goals to pursue, there will be new forms of resistance meeting you every step of the way. You will procrastinate, over-identify with the drama of others, incessantly read about self-help, eat cake, and be overcome by the desire to clean or organize anything and everything. So if you want to achieve any goal, expect resistance, and plan for it.

We all believe that there is a type of person that achieves their goals. Whether we think this person is hardworking, able to afford lots of help, smart, beautiful, organized, or thin, what we know for sure is that this person isn’t us.

The thought that there is a difference between someone who achieves goals and who we are right now is a limiting belief. A limiting belief is a misunderstanding about the present that changes our perception of what we can do in the future.

The truth is you don’t have to be any particular kind of person to achieve a goal. You just have to believe that the person you are today is capable of doing it, flaws and all.

#7 Willpower is for Suckers. You Need Real Support.

There is a myth that all you need is willpower to get things done. But if that was the case, we would all be goal achievement machines. In truth, willpower is just a small part of achieving our goals. In addition to motivation, we need:

to make things happen. Without these supports, goal achievement becomes much more difficult.

Now it’s your turn. Let me know what you think about these principles, goals, and strategies to achieve them in the comments below.

Previous Post Planning to Fail: Tips For Overcoming Obstacles and Achieving Your Goals Next Post A Primer On Limiting Beliefs