Notes on Being Black In Business: How To Show Up and Be Seen - Legally Bold

Notes on Being Black In Business: How To Show Up and Be Seen 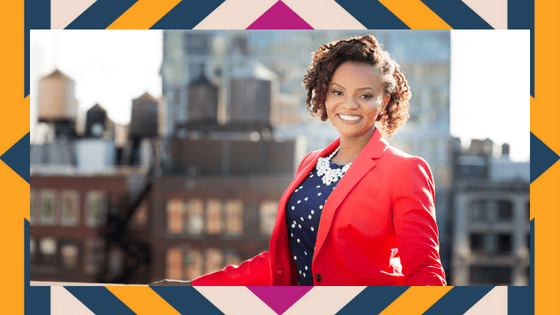 Online business requires you to be seen in ways that are unlike the demands of any other industry. To effectively market your products or services online, you must post videos and pictures of yourself on websites and social media; do interviews on podcasts and the radio; and recount your ideas, expertise, and thoughts in blog posts and news articles.

Basically, you have to put yourself out there all the time, and unless you secretly desire to be an actor or performer, the idea that you have to show so much of yourself for business is scary and strange to a lot of entrepreneurs.

Being Seen As Women of Color In Business

When it comes to being a woman of color and an entrepreneur, the fear of being seen compounds many times over.  In addition to the mindset issues all entrepreneurs face when we are called to show up and be seen, black women are left to wonder whether they should reveal their identities at all for fear of losing patronage.

In addition to losing patronage from non-blacks, women of color have a fear of how their business will be received by the African American community. Among people of color, there is a pervasive stereotype that black-owned companies have inferior products, higher prices, and terrible customer service. Additionally, black customers tend to judge black-owned businesses more harshly than businesses owned by other races.  Therefore the mistakes of companies owned by people of color are never chalked up to experimentation with new products or services. Instead, they are seen as fundamental flaws with the black business owners themselves.

Rather than continuously fighting against the years of racism and bias that causes these stereotypes to persist, often women of color instead decide to erase themselves from the narratives of their businesses altogether. They avoid displaying photos, videos, or any other depictions of themselves or their families on their business websites and branding assets. They use white contractors to interface with potential clients, and some black women even go as far as refusing to people who owns their businesses to distance their blackness from their companies even further.

While invisibility might seem like a rational strategy given the state of marketing as a person of color, what’s underneath that decisions is a sabotaging mindset.

Because women of color are in a constant fight to outrun stereotypes, they remain locked in a loop of perfectionism and shame as owners. Black women either don’t move forward with a business idea because they’re afraid they can’t execute it flawlessly from the very beginning, or women of color avoid asking for help entirely because they are ashamed that they need assistance in the first place.

For black women in business, both perfectionism and shame are different manifestations of the same fears – fear that maybe they aren’t good enough to run a business, that perhaps the African American dollar isn’t worth pursuing on its own, and that possibly all those stereotypes about black companies are true.

As a woman of color, you can’t begin to challenge those sabotaging business beliefs until you acknowledge you have them, start the process of healing them, and show up as your full self in your business every day anyway.

The real competitive advantage of online business is personalization. Customers want to do business with someone who understands them and with whom they have common ground. By embracing who you are as a black entrepreneur in your business branding, you will be able to create the real, shared connection that today’s customer requires and to take advantage of personalization aspect of online business. You’ll also create a pipeline to the $1.2 trillion in spending power of the African American consumer. Finally, by refusing to be invisible, you’ll serve as an inspiration for other women of color who want to be seen in their businesses as well but are too afraid to take the leap.

What are your thoughts on visibility and business?  Are you currently trying to overcome your fear of being seen? Let me know your feelings about this topic in the comments below.

And if you’re a black woman trying to figure out what it means to be black and in business, I can help. I’ll be running a business coaching and consulting program this summer designed specifically for black women.  If you’re interested in joining the inaugural group, email me at info@legally-bold.com

Previous Post Feeling Undervalued at Work? Here Are Tips On How To Change That Next Post I’m On A Mission, So You Better Just Listen: Why A Mission Statement Is So Important For Your Business?

I really love this spoke to where I am right now. Keep at it friend!

Hey Tabari, Thanks friend! Back at cha!