A New Kind of Woke: Notes On Respectability Politics and Racism - Legally Bold

A New Kind of Woke: Notes On Respectability Politics and Racism 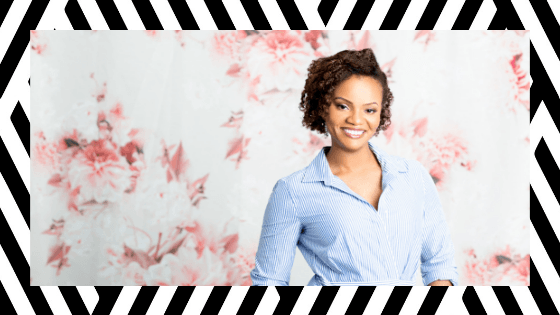 How does respectability politics and “wokeness” work together? Here are some thoughts.

My goal for the blog each week is to write something that solves a problem, teaches a concept in a new way, and entertains.

Right now, I have more questions than answers about my chosen topic. So I’m hoping that by writing about my thoughts here, you and I can make the path clear together.

It all started with an email.

One of my friends forwarded me an email that her professor sent, in private, to African American students in her master’s program.

Under the guise of providing friendly, familial advice, the professor called out the African American students in the program for not attending a mid-week alumni happy hour. Apparently, only 1 African American student attended out of the 13 students that were there in total. The email then goes on to tell the students that, even though it may not be fair, if they want to get ahead like Becky and Bob (the professor really used that language), black students have to make it a priority to attend happy hour events like the one in question.

After reading the email, I wanted to know a couple of things…

While I didn’t come up with a step-by-step process to answer these questions, I did find a new awareness about the interplay between racism and respectability politics. Here’s what I discovered.

A Primer On Respectability Politics

Respectability politics is the idea that, as black people, we have to adjust the way we present ourselves to be culturally presentable to the majority, particularly in professional settings. Rather than challenging the mainstream for its failure to accept differences, respectability politics says that it’s our job to change ourselves to make our blackness more palatable to white America.

Respectability Politics and Enforcement of the Standards

What’s interesting about respectability politics is that black people police what is respectable and what is not. We are the gatekeepers.

For example, respectability is why certain African-American social and Fraternal organizations would not allow in members if their skin tone were darker than a brown paper bag. Respectability is why the NAACP chose Rosa Parks, a light-skinned black woman, to spark the civil rights movement instead of a dark-skinned, teenager who refused to give up her seat on the bus a few months before. Respectability is the reason why so many black people are upset about the Poyeye’s chicken sandwich phenomenon. It’s not about the sandwich. It’s about not wanting to be associated with something that may be demonized by the majority as being “too black” like standing in line for fried chicken.

Black people decide what is adjacent enough to whiteness to be respectable yet far enough away from the white gaze that you won’t lose your “black card.”  Meaning that you’ve gotten so close to white standards that you’re not recognized as black anymore.

Back To The Email

When I first read the email, I thought: a) the professor was African American; and b) because the professor is black, this was a run-of-the-mill respectability politics issue.

In her message, the professor essentially is telling the black students, “if you want to get ahead, you need to do what white people do.” Black people in positions of power think they are helping those that come after them by playing respectability politics in this way. They believe they are policing the actions of the younger professionals to help them get ahead. But in reality, they are just reinforcing the notion that who you are as a black person is not enough to achieve success in America.

The Professor is White

Now here’s where the story gets interesting. The professor is white, not black. In fact, she is a white liberal educator trained in diversity. Somehow though, she missed how profoundly racist her actions and her email are. Here’s why it’s racist.

Here’s where all of my thoughts on this issue are leading me at the moment. It’s not woke to be white, liberal, and believe that somehow your “wokeness” gives you a pass to provide tips on assimilation for your black students. Trust me, they already know the secrets.

What is cool is your access to power and your ability to transform institutions into places where black students can be themselves instead of a respectable version.

Racism and all of its manifestations have weaved a complicated web in the fabric of American life. It is spindles affect everything we do.  To dismantle it, we all have a role to play. It’s just that I think black folks are the ones who should be handing on the assignments on this project.

What are your thoughts on this email, respectability politics, and racism? I feel like there is more to say here, and I’d love to hear your take. Let me know in the comment below.

I’m reminded of a story I heard Chris Rock tell once. He said that he was at the White House for the first inauguration and the later the party got the blacker it got , until sometime after 2 there wasn’t a white face in the room.

All to say, I feel like there is a critical mass problem. I’ve been the only brown person in the room, and when exceptions are made for my experience I feel tokenized or “outed”. But when we are many, then we can redefine the space and network, speak, play, in the ways we are most comfortable. Question in my mind is how do we get to that tipping point.

That’s a great question Gabe. When there are many of us in a room, we feel safe. There is community there. When we are not, that sense of security is not there. So I think the tipping point is that line of safety. Do we feel safe enough in this room to be ourselves i.e. to be vulnerable? If not, as in the case of the university in the post, it’s the university’s responsibility to ask what can they do to bring that sense of safety to a diverse student body.

I am very curious about how this was handled by those students that received this email.
I agree that the professor made assumptions about why the students were not there. The professor was also incorrect to assume they even cared to break into that social circle at all.
He/she actually owes them a major apology.

Perhaps a copy of this post should be sent their way.

I’ll definitely send this posts to my friend to pass along. The assumption in the email get to the root of the white savior complex as well. She assumed the black students didn’t know or understand and she was saving them. They know more about this game than she can imagine

Thank you for breaking this down Toya. When it comes to identity politics, standpoint perspective is everything.

Indeed, what we see and how we see it turns first on where we are standing.

Whether at work at home,
I try best to defer in how others choose spend their own time and money.

For Me, this deference is a basic “respect” I’m showing to all others.

As a student, I had more time then money but the formula was the same.

If I received this professors email, I would-at minimum-take exception both to the professors instruction and their comfort in giving that instruction.

That’s the kindest way I can put it.

That’s an extremely kind way to put it. Deference is a form of respect. Unfortunately, many people don’t have that.