How To Create A 21st Century Career - Legally Bold

How To Create A 21st Century Career 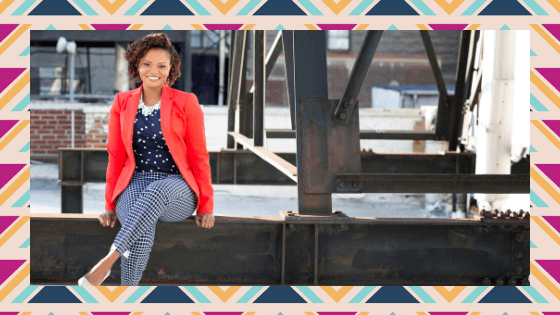 Have you heard of Priya Parker? If not, let me make an introduction.

Priya Parker is an author, master facilitator, and entrepreneur. Her book, The Art of Gathering, has forever changed how I think about hosting every event in my life.

One of the most impressive things about Parker is her bio. Here’s an excerpt:

Priya Parker is a master facilitator, strategic advisor, and author. She is the founder of Thrive Labs, at which she helps activists, elected officials, corporate executives, educators, and philanthropists create transformational gatherings.

Did you catch that?

Priya Parker is not an event planner. Though practically, her company’s industry is event planning.

She’s not a facilitator or host. She’s a master facilitator, which takes hosting to a whole new level.

Finally, Parker isn’t just planning a party or an event. She is creating a transformational gathering. I don’t know about you, but I want my gatherings transformed.

Priya has what I refer to as a 21st century career. She used her skills, expertise, and credentials to create a job that makes her feel fulfilled, creates impact, is financially sustainable, and is entirely her own. At Legally Bold, I help my clients create their version of a 21st century career too. Here’s what that process looks like.

What I love about Parker’s job title as a master facilitator is that I’m pretty sure there is no certifying authority granting her that title. She had to be confident enough to claim to be a master on her own. This shows that when it comes to creating a 21st century career, your mindset is everything.

You have to believe you can plan for the life you want, not the one you’re likely to get. You also have to feel grounded enough not to equate your worthiness with success or failure. The road to a 21st century career comes with both. So your mindset has to be focused on growth and resilience if you are to weather any storms that might come your way.

Let’s be clear. Parker has the credentials to back up whatever career or entrepreneurial endeavor she chooses. However, what she decided to do was look at the event planning industry from a new lens. She combined all of her skills to create a new job title in an old industry. She is a world-renown thought-leader on the art of gathering. I doubt that title existed before she created it.

This just goes to show that a 21st century career doesn’t require you to start over. It’s about looking at your skills, experience, and abilities and figuring how you can combine them in a way that piques your interest, matches your needs, and fills a gap in the market.

One of the best ways to create a 21st century career is to develop a personal brand. A personal brand is the perception of you held by the external world.  When it comes to creating the career you want, you don’t want to leave that reputation to chance. You can create a personal brand that communicates the attributes you wish to be known for, just like any other business.

One of the most common reasons people stay in positions and jobs that no longer serve them is the fear of losing their salary. But, often, that fear is based on drama, not data. If you take the time to think about your financial picture (bills, savings, retirement accounts, needs, etc.) and your goals, you’ll come to realize that you can take more chances with your career than you think.

Will you have to invest in yourself and forego certain luxuries to make a 21st century career happen for you? Absolutely. But the benefits to your happiness and financial picture far outweigh those temporary sacrifices.

Book Your Free Call Now !
Previous Post How To Know When It’s Time To Pivot In Your Career Next Post Build Your Table (At Work)